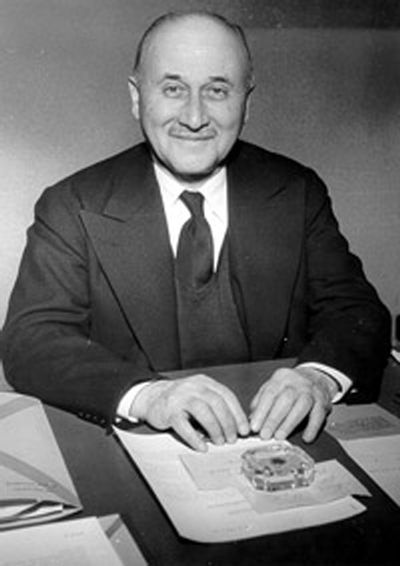 Jean Omer Marie Gabriel Monnet (9 November 1888 – 16 March 1979) is regarded by many as a chief architect of European Unity. Never elected to public office, Monnet worked behind the scenes of American and European governments as a well-connected pragmatic internationalist.

As the head of France's General Planning Commission, Monnet was the real author of what has become known as the 1950 "Schuman Plan" to create the European Coal and Steel Community (ECSC), forerunner of the Common Market.

The following quote is often misascribed to Jean Monnet — in fact it is a paraphrase of a characterization of Monnet's intentions by British Conservative Adrian Hilton:

"Europe's nations should be guided towards a super state without their people understanding what is happening. This can be accomplished by successive steps each disguised as having an economic purpose, but which will eventually and irreversibly lead to federation."

Monnet is reported to have expressed somewhat similar sentiments, but without the notion of intentional deception, saying "Via money Europe could become political in five years" and "... the current communities should be completed by a Finance Common Market which would lead us to European economic unity. Only then would ... the mutual commitments make it fairly easy to produce the political union which is the goal." 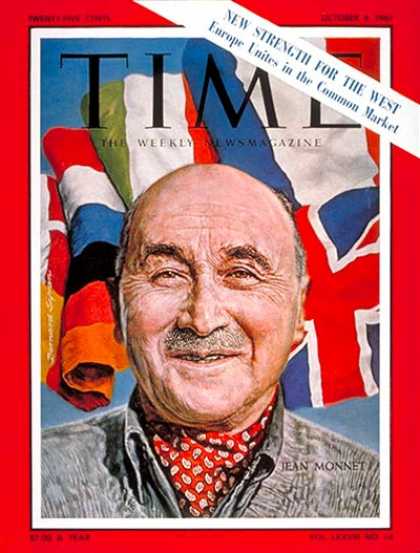 After retiring to his home in Houjarray, Monnet wrote his memoirs. He died in 1979 at the age of ninety. In 1988, by order of the president François Mitterrand, Jean Monnet's remains were transferred to the Panthéon of Paris.